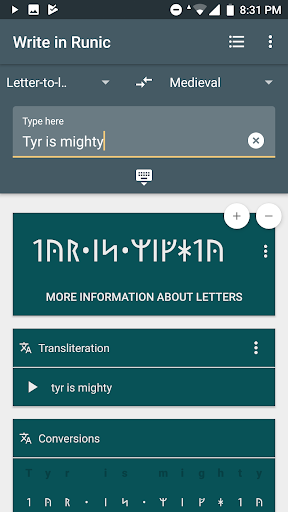 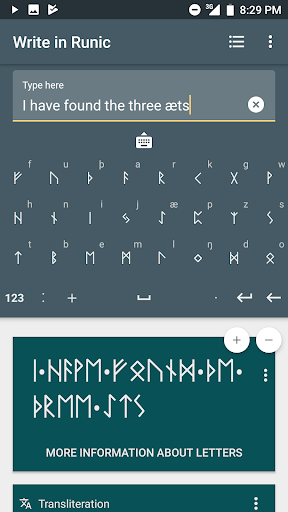 Convert your name into runes!

With this app you can transliterate text to runes based on a phonetic translation. Get cool ideas for fantasy stories, D&D campaigns, tattoos, or communicating with secret runes. This app translates the sounds of words, not the meaning. It is a good source for rune pronunciation and learning about the runic alphabets.