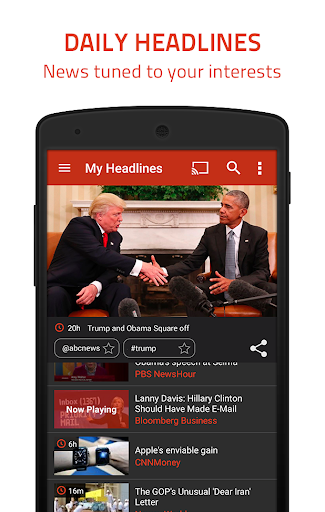 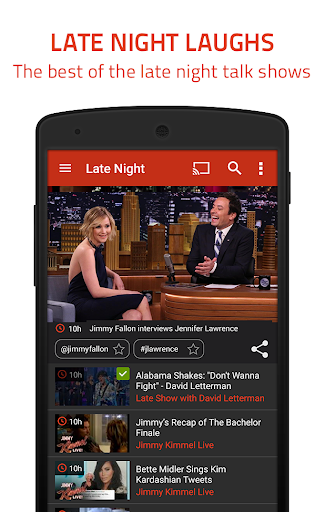 Google Play Awards for Best TV Experience of 2017 and Google Play Editors’ Choice. Get the most trending news videos in a headline news channel personalized for you and watch it on your phone, tablet or TV.

• PERSONALIZED TO YOU
Get started by picking your favorite sources, categories and topics. As you favorite and follow more topics, Haystack TV gets smarter about what to include in your daily newscast. You’ll always have something new to watch that matches your interests and mood.

• TOP SOURCES
* The latest politics, local news, national news and international news from top organizations such as CNN, AP, MSNBC, NYTimes and the BBC. (Note: Fox News has prevented us from showing their content. We are working with them to resolve this issue)
* Highlights and news about your favorite sports including the MLB, NFL and NBA.
* The latest celebrity news and gossip on our dedicated entertainment channel such as TMZ and Buzz60.
* Business news and financial news from the companies, stocks and sectors you care about.
* The latest politics coverage from multiple perspectives.
* The latest tech news, including new gadget announcements, car news, and more from CNET and The Verge.
* Your favorite video game updates and release announcements.
* Late Night laughs with hosts such as Jimmy Fallon, Jimmy Kimmel, and Conan.

• GREAT WITH CHROMECAST
Haystack TV is a free and Google Chromecast™ Ready app, a great alternative to cable news. Haystack has featured repeatedly for Chromecast and Android TV.

Please let us know how we can improve by selecting the feedback in the app, or find us online at http://www.haystack.tv
Fixed Google sign in issue.